This colorful term stems from the mid-1800s, when the nation’s frontiers were rapidly expanding and the United States Post Office was struggling to expand with it. When delivering to far-flung regions, the post office often had to entrust the mail to stagecoaches, sometimes with unreliable results and usually for exorbitant fees.

Congress decided to rectify this problem on March 3, 1845, when it passed a law mandating that mail contracts go to the lowest bidder who could give assurances of quick and reliable delivery. Congress framed this obligation in three words: “celerity, certainty and security.”

Postal clerks of the era used those same three words to denote contract delivery routes in their ledgers, but quickly tired of the repetition and replaced them with three stars, giving rise to the term “star route.”

A Star Route Is Born

Founded in June 1935, the National Star Route Mail Contractors Association (NSRMCA) is the trade association for these mail delivery contractors, serving their interests on the national stage while also keeping them abreast of developments in the fast-moving world of mail transportation.

Association members range from sole proprietors to some of the largest transportation companies in the nation. They provide services at every point in the supply chain, including final-mile delivery, regional and long-haul shipping, intermodal transportation, and national sorting centers. Collectively, association members manage more than $2 billion-worth of postal contracts. 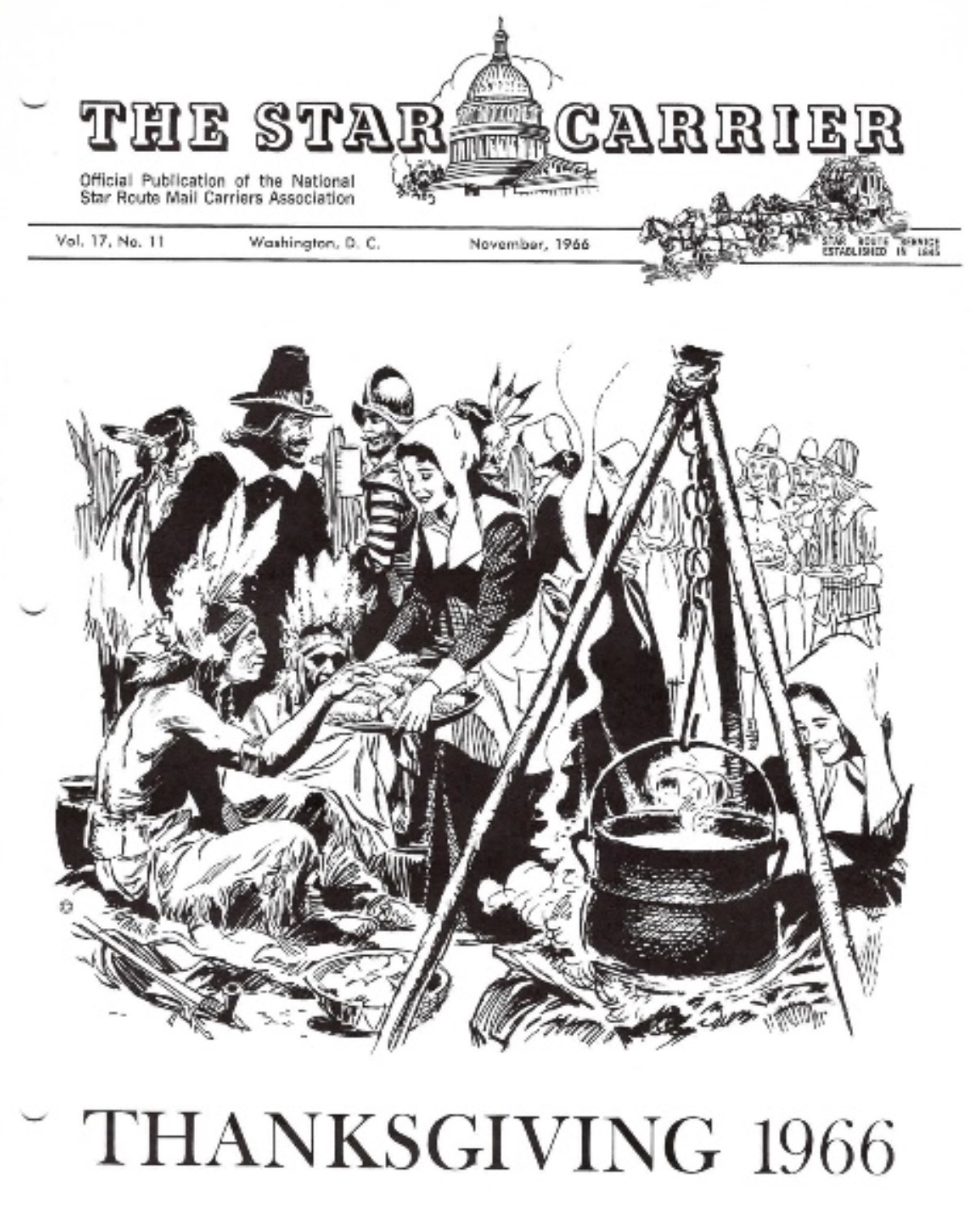 The November 1966 edition of The Star Carrier, the NSRMCA’s magazine.